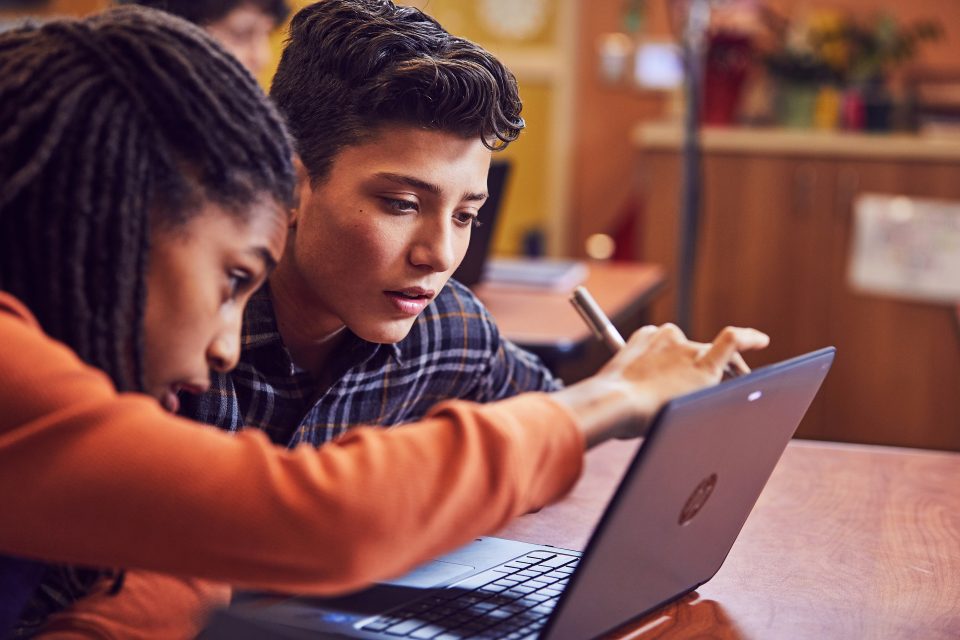 Microsoft has become the first company to sign a global pledge to help people with dyslexia, as it announced a range of new tools to assist learning.

By signing the Made by Dyslexia pledge, the technology firm has promised to tackle a lack of resources and training in schools and homes that can hold back children who find it difficult to read, write and do maths.

Satya Nadella, Microsoft’s Chief Executive, announced the move via a video at Made by Dyslexia’s summit in London on October 15.

“I’m excited about the progress we are making with learning tools that are part of Microsoft 365,” he said. In a subsequent LinkedIn post, he added: “There is nothing that gives me deeper satisfaction than seeing our customers, of all abilities and backgrounds, empowered by the technology we build. In the classroom, technology can democratize educational opportunities for students and personalize their learning experience. We are honoured to be the first company to sign the Made by Dyslexia pledge to give the 700 million people around the world with dyslexia technology and free intervention and training materials to ensure they can realize their brilliant potential.”

Dyslexia hit the headlines recently after Matt Hancock, the Health Secretary, told GQ magazine that he struggles with reading.

Dyslexia International estimates that there are 700 million people around the world with dyslexia, including one-in-five students. Around 90% of children with the learning difference can be educated in a regular classroom; however, most are placed in special education classes, with the British Dyslexia Association voicing concerns that many are “unable to fulfil their potential” due to misunderstandings about what dyslexia is and a lack of support.

Microsoft has teamed up with Made by Dyslexia to create free training materials, including short films and reading tools, to help teachers and parents improve ways of spotting the learning difference. By working with top researchers and partners in the dyslexic community, Microsoft hopes to encourage those involved in a child’s life to intervene earlier and improve their future.

The company also announced a range of new features in its products to help people overcome barriers to learning.

Dictation (speech to text, above) will be rolled out to Word and OneNote Online, accessible from any web browser, after being made available in the desktop versions of Word, PowerPoint, OneNote and Outlook earlier this year.

Immersive Reader, a free Microsoft tool that reads out text, breaks words into syllables and increases spacing between lines and letters, will be compatible with the popular discussion platform Flipgrid. Those with dyslexia will now find it easier to read discussion topics published alongside the educational videos uploaded to Flipgrid by millions of teachers, students and families across the world.

From October 15, anyone with dyscalculia can use Immersive Reader in OneNote to have maths problems read out loud, focus on a line and change the colour of a page to make it easier to see. The feature is already available in Word. At a later date, Microsoft will let people use Immersive Reader on maths content they place in the “Math Pane” – a pop out box that allows users to input their own equations – with a “continued” focus on this area of learning in 2019.

Microsoft will soon let people translate content in Immersive Reader before they are given help reading it. They can use Microsoft Translator (below) on a page, word or sentence written in a number of languages in Word Online, OneNote Online, OneNote for Windows 10, OneNote iPad, OneNote Mac, Outlook Online, Teams and Flipgrid.

In addition, Immersive Reader will now work with the Office Lens app on Android devices. Students can take a photo of a book or worksheet and their phone or tablet will read the words aloud, space out the text and change the font size, among other features.

Microsoft wrote in a blog post: “The English language has been notoriously tricky for its use of more than 19 sounds represented by five vowels (and sometimes ‘y’).

“Together with The University of Washington’s Brain Development & Education Lab, we will begin to develop and test new tools designed to help struggling young readers sound out words that would otherwise be difficult.”

Microsoft will work with the University of Washington to understand more about reading difficulties.

The Edge web browser will see a number of big improvements that are designed to help all students. These include a built-in dictionary, the ability to change the background of a web page in Reading View into more colours, and the option to focus on a selected line in Reading View.

As well as a video message from Microsoft’s CEO, the company’s General Manager for Education, Barbara Holzapfel, also gave a speech at the Made by Dyslexia summit.

The event brought together experts, business leaders and celebrities, including Virgin founder Richard Branson and actress Keira Knightley, to “discuss, shape and change the future of dyslexia in education, employment and the world”, the charity said.

“In today’s classrooms, it is estimated that one in five students has dyslexia, yet there are likely far more who have not yet been diagnosed,” Microsoft added in its blog post.

“These students who see the written word differently are often mistakenly labelled as having a learning disability and as such, make up approximately 70% to 85% of today’s special education classes. Their teachers and parents – despite a passion to help – often don’t have the resources or training to do so, and without the proper support in their formative early years, a struggling student’s confidence and love of learning can fade. History has shown these great young minds can bring tremendous gifts to the world – like the many great dyslexic innovators, artists and leaders before them – if only we could give them the tools to feel empowered and see dyslexia differently.”