The Hawaiian poʻo-uli, a small bird from the honeycreeper family, was first discovered in 1973. Less than half a century later, it disappeared from the planet.

Declared extinct in 2018, it is one of almost 700 vertebrate species that have been driven to extinction in the last 500 years. According to a United Nations report issued earlier this year to policymakers, one million species are at risk of extinction: Human actions threaten more plants and animals than ever before. Although the precise number of species on the planet is difficult to calculate, recent estimates put it at around 8.7 million.

The plight of the poʻo-uli illustrates a key problem for conservationists: It is difficult to track and monitor populations of endangered species. Despite efforts to tag and locate the dwindling poʻo-uli population, scientists were unable to unite breeding pairs.

Here are five ways Microsoft and conservation efforts are coming together to help endangered species. However, without the distinctive markings of cheetahs and leopards, it is harder for researchers to identify individual lions. The Lion Identification Network of Collaborators uses facial recognition techniques to monitor population levels. Identification involves taking a high-quality photo and zooming in on areas such as whisker spots – something a computer is more capable of than the human eye. This technology helps reduce reliance on expensive and difficult–to–fit GPS monitors, which can have limited battery life.

Similar technology is being used by researchers from Penn State University and the Wild Nature Institute to study the births, deaths and movements of more than 3,000 giraffes in northern Tanzania.

Habitat loss and illegal hunting for meat have meant giraffe populations have experienced a dramatic decline in recent years. Pattern–recognition technology trained to identify the unique markings on a giraffe’s torso can now process images in minutes, a task that previously took conservationists weeks.

Monitoring the impact of humans on grizzly bear populations

Clayton Lamb, a researcher at the University of Alberta, Canada, is using Microsoft Azure tools along with AI to create a comprehensive analysis of the human and environmental factors limiting grizzly bear density in British Columbia.

With human populations increasingly expanding into areas of wilderness, the grizzly is coming under threat as its habitat is shrinking. These roaming omnivores are particularly sensitive to human disturbance, and globally now live in an area only about half their original range.

Lamb uses DNA sampling and GPS collars to track individual bears in order to better understand the connectivity between populations and their habitats at a granular level. By generating such specific data, he is able to move his work beyond theoretical population ecology and suggest steps to reduce the impact of humans on wildlife populations.

At Duke University in North Carolina, scientists are using marine robotics and remote–sensing, machine–learning models on Microsoft Azure to assess data relating to the size and health of whales.

As oceans warm, krill stocks – a critical whale food – are falling, while fishing and commercial exploitation of habitats are also placing a strain on whale populations.

Given the distances whales travel, monitoring their movements using traditional methods is both time-consuming and expensive. Neural networks have allowed scientists to link multiple systems, including satellites, drones and autonomous underwater vehicles, to paint a more comprehensive picture of the migration and health of these great animals. 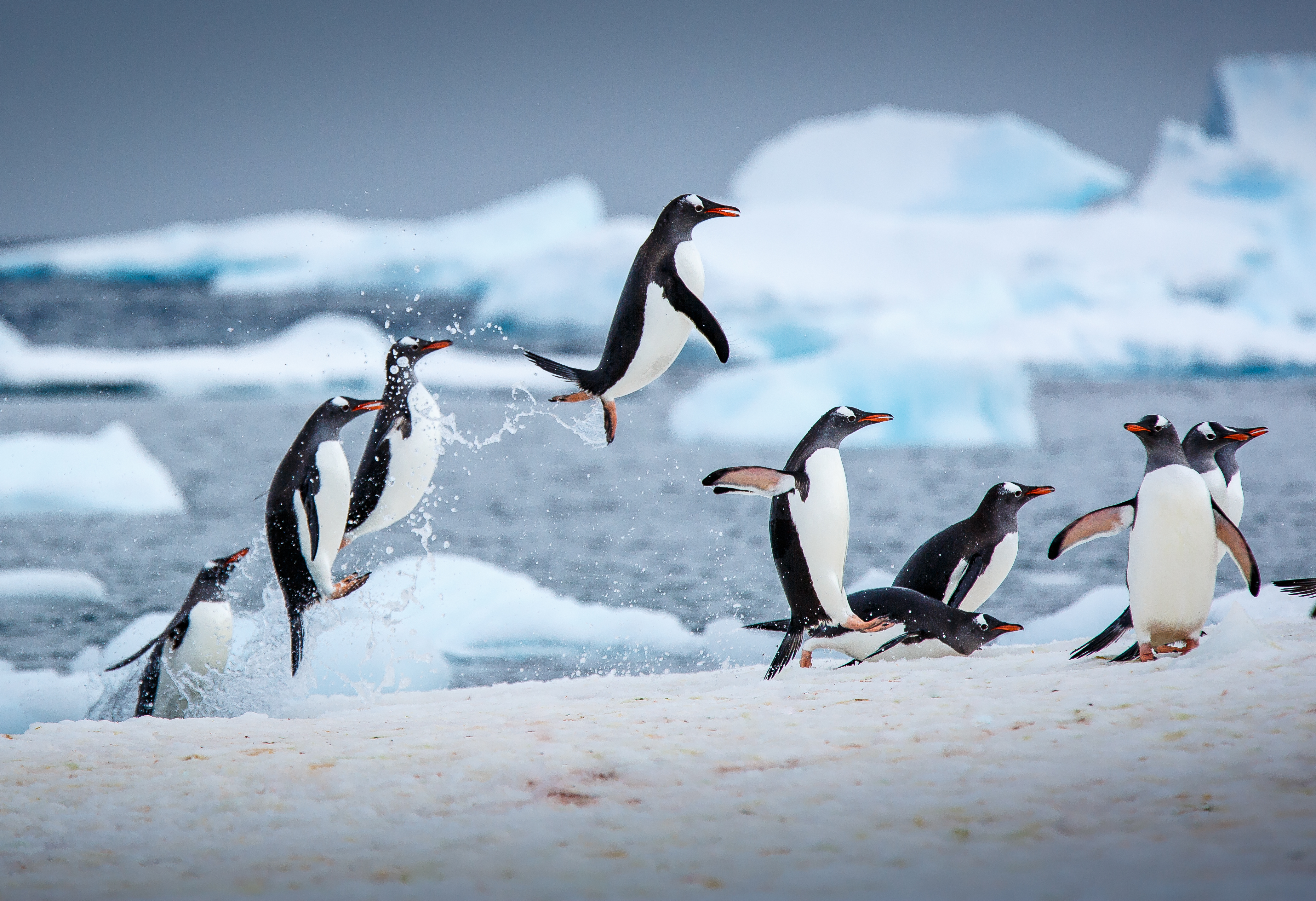 She’s using computer vision to search for guano stains in satellite imagery in order to inform and develop the classification algorithms that generate population estimates for colonies.

With huge areas to monitor, defending these animals is a challenge. Resources can be thinly spread, communication can be patchy and gathering usable data tricky.

The Elephant Listening Project is helping protect the threatened forest elephant. Teams at Cornell University in Ithaca, New York, with assistance from Conservation Metrics based in Santa Cruz, California, are using AI to identify and analyze recordings of elephant calls, helping to create an “elephant dictionary” by matching noises to behavior.

A growing understanding of elephant communication is allowing researchers to better appreciate the impact of factors such as oil exploration, logging and poaching, as well as enabling them to coordinate conservation efforts more efficiently.

For more on how AI can be used to solve global environmental challenges, visit AI for Earth. And follow @MSFTIssues on Twitter.