Everything began with a phone chat. In 1876, Alexander Graham Bell successfully placed the world’s first telephone call – a quick communication that confirmed his invention and, eventually, created the American Telephone and Telegraph Company.

Headquartered in Dallas, AT&T is becoming a cloud-first company. Collaborating with Microsoft, they apply technologies across 5G, artificial intelligence (AI), cloud and edge computing to help their mutual customers innovate and grow resiliently in an ever-changing world.

That’s a mighty long way, of course, from the day Bell first rang. Yet it also prompts the question: What did it take for a 146-year-old company to take a lead seat in the Fourth Industrial Revolution – and do so in the middle of a global pandemic?

The answer is as old as, well, the telephone and the telegraph: Having the right people in key roles at the right time. 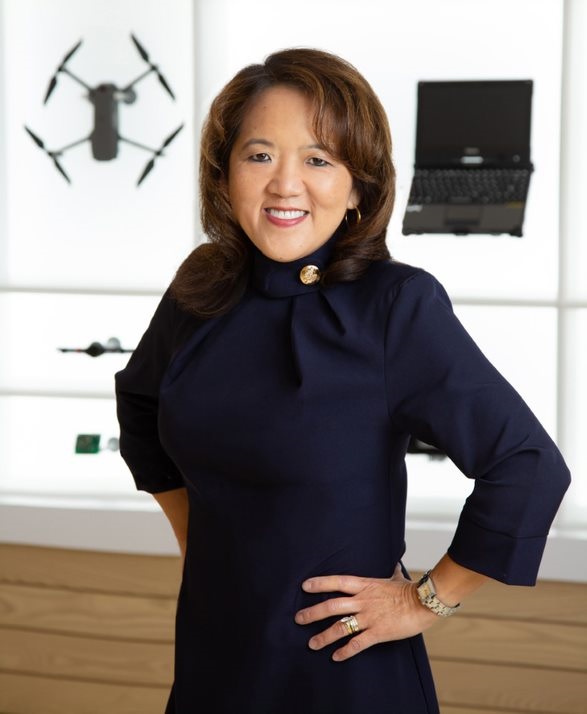 On the business side there’s Chow, a Juilliard-trained pianist and fervent fitness boxer who leans on wisdom from those pursuits and others as she provides AT&T’s business customers with breakthrough technologies like 5G to help them operate more efficiently and disrupt their own industries.

“I’ve applied that to how I approach work and how I approach my life. I’ve got to have some mastery of the product, the services, the technologies, the science. But just as important, it is the art that brings it to life. There is a balance of art and science in everything.”

On the tech side there’s Legg, whose first job was writing code for a travel company when the airlines began moving from paper to e-tickets. Prior to joining AT&T in 2020, he served as the CTO of WarnerMedia, overseeing the launch of HBO Max. Along the way, he learned that a company’s culture can have more to do with achieving success than any business model or technology.

“As I’ve gotten to a later vintage in life, EQ trumps IQ when you lead large organizations,” Legg says. “Your ability to understand people and how to motivate them – to be authentic – honestly has far more to do with your success than anything else.

“When you have people who are incredibly bright, you have to take them along on that journey and explain ‘the why’ as much as ‘the what.’ You have to incentivize people, and you have to get them to buy in culturally to doing it or it will just simply fail.” AT&T’s evolution is not about a company that simply decided to transform for transformation’s sake, top executives say. It is all about timing: The global pandemic drove AT&T to expedite its commitment to use cloud technologies to modernize and streamline its business applications. At the same time, it led AT&T to speed the delivery of new services to serve its customers’ changing needs.

“We want our workforce using modern cloud tools,” Legg says. “You can’t build products for customers anymore if it takes you 30 days to provision a server.”

Cloud and AI technologies also enable employees to streamline operations, connect the dots across teams and deliver new services to customers faster. According to Microsoft’s recent Work Trend Index, workers in the telecommunications industry want digital tools and solutions to not only alleviate stress but to help with team communications and automate repetitive tasks – which leads to a better customer experience.

As a key part of that push, AT&T announced it will move its 5G mobile network to the Microsoft Cloud. Bringing existing and future network workloads to Azure for Operators will help AT&T increase productivity, reduce costs and deliver innovative services that meet its customers’ evolving needs.

AT&T and Microsoft are also developing new solutions that will help enterprises lower costs while increasing efficiency, reliability and security at the edge of their premises and facilities through capabilities such as AT&T-enabled Azure Sphere and Guardian module, and AT&T MEC with Azure. “You’ve got to be able to leverage those kinds of modern development tools and think about what customer problem are you trying to solve, not what technology are you building. That’s a mindset shift,” Legg says.

AT&T is now looking to bring private 4G/5G wireless networks to enterprise and public sector customers to enable low-latency services at the edge. The company is including the ability to roam beyond the geographical boundaries of the AT&T private network and still stay connected through the AT&T public network. It’s called AT&T Private 5G Edge. Currently under development with Microsoft, the service is using Azure private MEC with Azure Private 5G Core to help deploy these private wireless networks rapidly.

While at WarnerMedia, Legg also led public cloud efforts. At AT&T, he oversees the company’s massive infrastructure footprint – and so much data. As he now focuses on millions of homes patched with AT&T fiber and hundreds of millions of points of presence along the 5G network, he’s asking himself equally big questions, like: “How do we think about the products that we want to run on top of it?”

“So, how are we enabling gaming? And enhancing privacy and security? How do we help with autonomous vehicles? What is our strategy for telemedicine?”

At AT&T Business – where Chow leads an organization of 30,000 employees who serve 2.5 million business customers worldwide – she’s asking similar questions. Many of the answers, she says, lie in AT&T’s 5G service.

“What 5G means to us in terms of our cellular service and coverage, that’s not going to be the exciting part,” Chow says. “The exciting part is what 5G will trigger businesses and organizations to do differently, how it will unleash a whole set of outcomes to you and me, the consumers.

“Whether that’s how we receive our health care, or how our children may experience higher education differently. For example, they might be able to experience the Louvre (Museum in Paris) without ever actually going to the Louvre.” Across numerous business verticals, Chow cites 5G-driven disruptions that already make life better for people in many walks of life.

In the automotive world, vehicles can receive firmware updates over the air with 5G and Azure, compared to manual updates that must be done at a service garage, she explained. In manufacturing, live video analytics can track employee safety on a shop floor, shutting off equipment in milliseconds if a person gets too close to a machine or otherwise appears to be in jeopardy.

In entertainment, Azure Edge Zones with AT&T allow musicians to jam together while playing separately in their home environments.

That musical example truly resonates with Chow. As a young girl, she took piano lessons and mastered Beethoven’s “Moonlight Sonata.” She became so proficient she earned a spot in Juilliard’s pre-college division – at age 10.

Chow sees similarities between organizations and orchestras, between business leaders and conductors.

And for AT&T’s collaboration with Redmond, Washington-based Microsoft, she sees still more harmony. To explain, Chow uses music’s two most important clefs, the bass and the treble.

AT&T’s services and products, its infrastructure and position as a global network provider “are foundational to the world and to technology,” she says. “You could correlate that to the bass clef.”

Meanwhile, Microsoft’s position as a cloud leader along with the tech tools and capabilities that Microsoft brings to the marketplace all remind Chow of notes on the treble clef.

“What is played on each of those clefs individually can be a piece unto itself,” she says. “But when you bring the two together, they serve as the foundation for beautiful music.