Last 11 months have been a horrible turnover for Ukraine and its people. The world witnessed an outstanding resilience of Ukrainian people, government, and business leaders that, regardless of circumstances, continued to function. The first attack in the war was not physical – it was digital. Ukraine was being targeted by widespread malware attacks designed to disrupt access to information and critical services. Like many others, Microsoft was among companies to condemn this unjustified, unprovoked, and unlawful invasion by Russia and to mobilize its resources to help the country and its people. It became obvious that assessing the impact of war on the development and usage of technology keeps companies safe and ensures business continuity.

Early February 24, 2022, most Ukrainians wake up to powerful explosions and the rumble of rockets, feeling of shaking ground and buildings’ walls, calling their relatives in a panic, and gathering their things. Social networks and pro-Russian media already wrote about the capitulation of Kyiv. The Russian army was rapidly advancing from all fronts, and roadblocks and military equipment began to appear on the streets. Massive hacker attacks accompanied the first missile attacks and the full-scale offensive of the occupiers. The websites of Ukrainian state bodies, mass media, financial institutions, and many commercial services collapsed. And on their main pages appeared “Z-propaganda” with calls to lay down arms and not resist. However, after eight years of war in the Donbas, Ukrainians knew how it worked and immediately rallied to resist. Back in 2016, the national energy operator Ukrenergo experienced a powerful cyber-attack on the dispatch control and data collection system of the 330-kilowatt “Northern” substation in the suburbs of Kyiv. Therefore, there was nothing to be surprised about.

On February 26, 2022, President Volodymyr Zelenskyi turned to Ukrainians by recording a video on his smartphone directly from the yard of the Office on Bankova Street, the governmental are in Kyiv. He confirmed that Ukrainian defenders would not lay down their arms, and the authorities will remain with them until the end. This video was viewed by millions of people precisely because mobile, satellite, telecommunication, and other networks continued to work. History does not tolerate conventions, but who knows under what flags the past spring in Ukraine would have started if this appeal had remained unseen.

The role of cloud technologies

In the days before the Russian invasion, the Ukrainian government still operated exclusively on servers located in major government buildings. These places were extremely vulnerable to missile attacks, and their physical destruction could paralyze the entire work of the country’s top leadership. That is why, on February 17, the Minister of Digital Transformation of Ukraine, and his colleagues in the parliament decided to transfer the existing local servers to the public cloud.
In effect, it evacuated critical government data to information processing centers across Europe. The authorities of Ukraine implemented a vital and timely decision, limiting the impact and expediency of Russian missile attacks and cyberattacks. Microsoft also played a role in maintaining the country’s digital stability: the local office specialists provided access to the most modern technical tools, significantly speeding up the transfer of important data outside the country to maintain the operational activities of the government. Thus, since the beginning of the war, cloud services have become a key tool for protecting Ukrainian state registers, supporting the economy, preserving the integrity of the state apparatus, etc. Currently, the data processing centers of the digital infrastructure of Ukraine, which supports all civil and military operations, are located in various European countries.

Cloud services made it possible to avoid the devastating consequences of Russian cyberattacks at the beginning of the war and quickly distribute software, neutralizing malicious programs. Even a year after a full-scale invasion, local government systems that are not connected to the cloud remain the most vulnerable to such programs.

One of the successful examples of the use of cloud technologies was demonstrated by the Kernel company, ㅡ the largest producer of sunflower oil in Ukraine. In the first days of Russian aggression, Kernel’s critical IT systems were moved to the cloud, and employees received high-quality tools for remote work.

“Our company has accumulated large volumes of data critical to business survival. Therefore, we needed to back up and restore this data before problems arose. At the beginning of the war, we launched a project to move our data recovery platform and development environment to the cloud, which was completed today. We also continue to transfer data that may be affected by potential blackouts”, ㅡ explains Kernel IT director Andriy Pishyy.

According to him, as part of the new IT strategy, Kernel managers have changed the communication format with their teams in offices and production. This format includes regular short meetings in Microsoft Teams for prompt transfer of information and quick resolution of any tasks. Andriy Pishyy is sure that the early implementation of such decisions would mitigate the consequences of a crisis and neutralize risks that may harm business sustainability in the future. A successful example of using Microsoft technology in the banking industry is KredoBank, one of the leading banks in Ukraine. Cloud computing platform Microsoft Azure allowed the Bank to increase security and protect its business processes and personal data of customers from continuous cyberattacks. Today, KredoBank uses several Microsoft cloud models, including IaaS (Infrastructure as a Service), PaaS (Platform as a Service), and SaaS (Software as a Service).

“The sustainability of our business largely depends on technology. Technologies are necessary to support business processes and restore the stable operation of systems as quickly as possible. In such times, it is the quick recovery that becomes the priority”, ㅡ says Deputy Chairman of the Management Board Artur Cieslar. Using any technologies would be impossible and impractical without ensuring the uninterrupted operation of Ukraine’s critical infrastructure. This primarily concerns energy systems, which continue to suffer from Russian shelling and cyberattacks to this day. That is why one of the main tasks for the engineers of Microsoft and other companies throughout 2022 was to support the largest energy companies in Ukraine, including DTEK and Ukrenergo. DTEK remains the largest private investor in the domestic energy industry, employing 60,000 employees in various parts of the country; Ukrenergo is the only operator of high-voltage transmission lines that is fully owned by the Ukrainian government (Ministry of Energy).

According to the IT director of Ukrenergo Sergiy Galagan, the company’s critical infrastructure is also supported thanks to cloud technologies, including Microsoft Azure. Without these technologies, the energy operator would hardly be able to perform its work so efficiently. A huge role in the work of Ukrenergo, as well as during the entire war in general, was played by the fact that the company introduced new technologies in its work in advance. Today, it allows the operator to react and solve tasks even in war zones instantly.

“Microsoft Office 365, and especially Teams, are the most important technologies for our employees because, due to wartime, we are forced to work remotely and need secure access to the work environment. In the future, we will revise our approach to the workplace and move to a Zero Trust architecture. I urge everyone to start working with the cloud as soon as possible. Ten years ago, it was risky. Five years ago, it was promising. Now you can’t survive without it,” Galagan emphasizes. 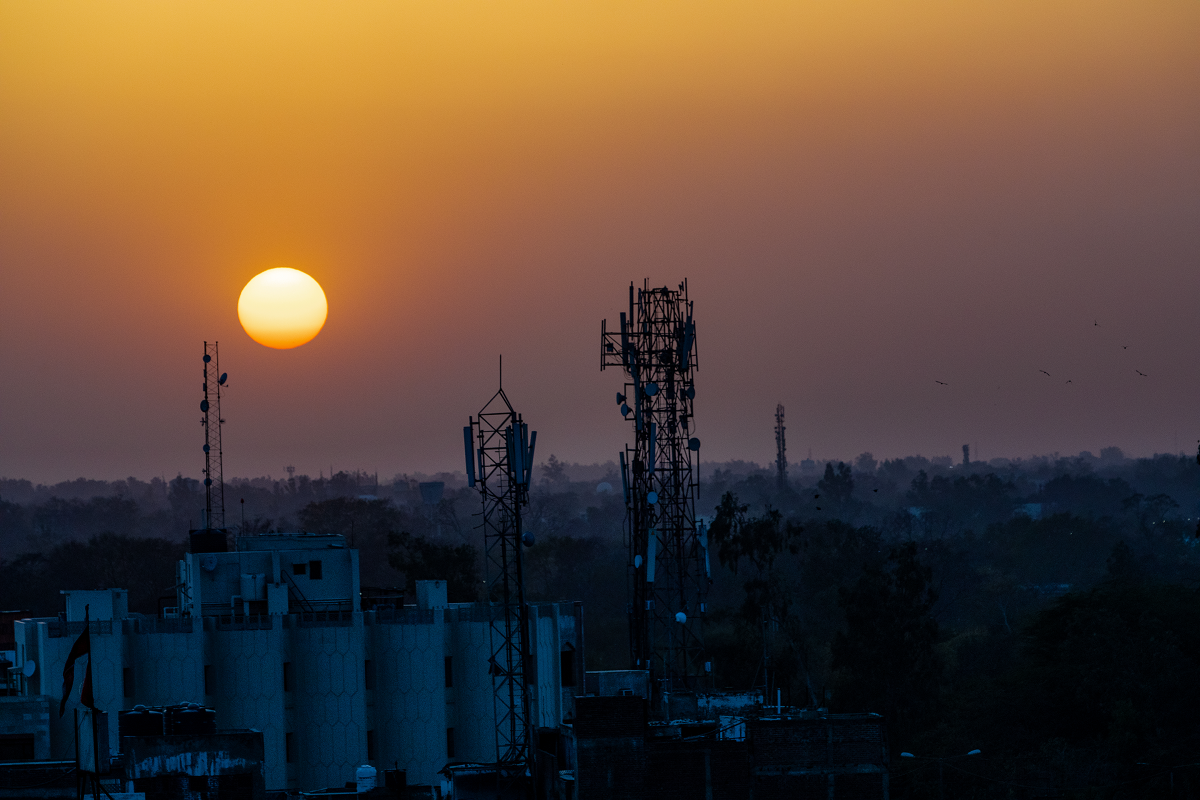 According to the latest Microsoft Digital Defense report, the percentage of cyberattacks on Ukraine’s critical infrastructure increased from 20% in 2021 to 40% in 2022. In such conditions, the cyber security of energy companies is an undisputed priority. DTEK representatives, in turn, note the importance of technical tools, such as Microsoft cloud services, to guarantee secure communication between staff, partners, and customers anywhere in the world. Such services ensure prompt decision-making, quick implementation of anti-crisis measures, adjustment of projects, etc.

“With the help of Microsoft Azure, we guarantee convenient and secure operation of IT systems and new solutions for our business. The Azure platform also helped maintain stability in challenging environments. For example, multi-factor authentication (MFA) is extremely important to DTEK: it increases the protection of the login process as cyberattacks, and hacking attempts continue. Data security and access to our systems are of primary importance,” says Dmytro Osyka, CIO of the DTEK Group and Head of the Digital Transformation Program of DTEK. Conclusions and plans for the future

A few examples of specific enterprises are just a drop in the ocean compared to how the Ukrainian authorities and companies like Microsoft are promoting the idea of ​​using cloud technologies and implementing new cyber security systems to maintain digital infrastructures’ stability. The development of Ukrainian enterprises in modern realities is possible only under rethinking business processes, restoring working systems, and ensuring their work even in a crisis period. The stability of Ukrainian companies is the key to supporting the economy during the war and even more so after victory. Modern technologies make it possible to automate various processes, taking into account task planning and forecasting, quick decision-making, technical readiness, etc. And reliable partners in the field of communications and IT will help transform your business even in the most difficult circumstances.

Companies that took advantage of such technologies in advance provide millions of Ukrainians with critically important goods and services. Despite all the challenges and risks, such Ukrainian enterprises can work 24/7 in any conditions, setting an example for others. Unfortunately, Ukraine should hardly expect a noticeable improvement in the situation in the near future. Therefore, preparing for the worst ㅡ is the best thing any business can do today for the benefit of its country.

Wartime banking: serving citizens and the Ukrainian economy
Every organization needs to be a digital organization
Microsoft is noticing a massive increase in cyberattacks in Lithuania
SQL Server 2022 brings out new features
Leonid Polupan is the new Country Manager of Microsoft Ukraine