At first, she had doubts.

But when it comes to her health, Jensie Caguimbal is always cautious. She has good reason.

Last October, Caguimbal, 51, was diagnosed with a brain disease that’s deteriorating her vision, causing her to seek increasingly stronger eyeglasses every six months. In November, she visited a Northern California optical shop. There, she hoped to find a better way to fill her ever-changing prescription. 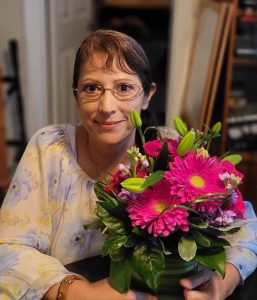 Near walls lined with stylish frames, Caguimbal sat in a private room where a technician measured her eye pressure, took digital photos of her retinas, then guided her through a virtual refraction exam on a computer screen. That data was uploaded to the cloud.

Next Caguimbal spoke at length via the video screen with an eye doctor based in another California city. He read the results and prescribed her new lenses on the spot.

“I always feel better when I see my doctor one-on-one, but this was so easy, so quick and, most important to me, completely accurate,” says Caguimbal, who lives about 30 miles outside Sacramento. “I am very comfortable with going back there and doing it all over again. I’m glad I was mistaken.”

Her telemedicine appointment took place at Stanton Optical, one of two retail brands under parent company Now Optics. Four years ago, Now Optics began developing a virtual eye exam that, its executives say, is every bit as precise as in-person checkups.

To date, 1.3 million patients have undergone virtual vision tests at Stanton Optical locations or at My Eyelab shops, the company’s other retail brand.

And as more Americans grow familiar with telemedicine amid the pandemic, Now Optics has launched an aggressive plan to add about 200 stores annually to grow to least 1,000 Stanton Optical and My Eyelab locations, in part through franchising, over the next four years. The company is relying on Microsoft Azure to help scale its retail fleet and protect patient confidentiality.

“Our primary mission is making eye care easy,” says Dr. Brad Brocwell, an optometrist and the vice president of clinical operations for Now Optics, which is headquartered in Palm Springs, Florida.

“We started this endeavor to try to increase access to eye care for our patients. This is the way of the future.” Now Optics CEO Daniel Stanton – who founded the company from his Indiana basement before eventually expanding to nearly 30 states – challenged Brocwell in 2016 to build a telemedicine platform.

Brocwell teamed up with a Now Optics software engineer to create the algorithms establishing each step of the exam. They sat side by side to translate optical language into computer code.

“I would use myself as the guinea pig patient,” Brocwell says. “We would run the test on me and then go back and forth making adjustments.”

Soon, they asked Now Optics employees to try the software to further enhance the platform. In 2016, the company launched its first telemedicine practice at a single retail location in South Florida. Today, 208 of the company’s 214 stores offer the service.

“We’re definitely the leaders in the space. We’re the only national eye care provider that has developed our own proprietary software, a patent-pending system that’s fully integrated into the operating system,” Brocwell says.

“I wanted to develop something that was familiar. Even though it’s brand-new technology, I wanted something that is similar to what patients typically experience at the eye doctor.”

After being greeted by staff, patients get temperature checks and fill out health histories, as occurs at any medical provider. A technician performs routine eye tests and obtains images. 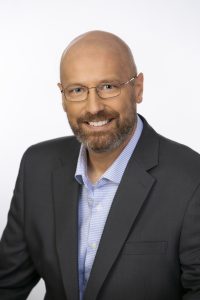 Then things get modern. The patient speaks via a video monitor with a live refraction specialist, who uses the company’s software to test for prescription strength.

“After that information is loaded into the platform, they speak with a remote doctor in that same state – it could be an ophthalmologist or an optometrist, depending on that state’s regulations,” Brocwell says. “We have a large network of independent doctors who perform this service.

“The doctor comes up with a diagnosis and treatment plan, which may be as simple as new glasses, contact lenses or a change in prescription. They also look at the photos to make sure the eyes are healthy. If there’s a need for further testing, they can refer the patient to a specialist.”

“Data security is key for any industry, but it’s even more important in health care,” Balusu says. A My Eyelab store in Houston, Texas.

The company also relies on Azure services to ensure its developers can deploy new applications and maintain the platform’s availability, he adds.

“We don’t want our patients walking into the store and then walking out because the system is down or due to any other system issues,” Balusu says. “This is key.”

As Now Optics grows, executives like Brocwell are beginning to envision even bigger benefits from their technology, including providing eye care to rural areas far from the nearest ophthalmologist or optometrist.

“We could potentially set up a vision center and connect it with one of our affiliated doctors who lives in-state but hundreds of miles away,” Brocwell says. “We’ve looked at the idea of mobile clinics connected to our doctor network, maybe a van that arrives in town and parks outside a large employer there.” “When you see somebody get their first examination and pick up their first pair of glasses, you see this look of wonderment, like ‘I can’t believe what I’ve been missing,’” he adds. “I mean, it’s extremely exciting for me and definitely brings emotion.”

And then there are patients like Caguimbal, who’s merely trying to keep up with her continually changing eyesight.

It’s one symptom of her recent diagnosis – white matter disease, a progressive disorder that leads to a decline of function in the nerves (or white matter) that link various parts of the brain to each other and to the spinal cord.

But with a plan in place to repeatedly replace her glasses by stopping in for those fast, meticulous exams, Caguimbal says she’s relieved to know she can continue with her work – making greeting cards in her home.

Her hand-crafted creations are full of vivid color and bright cheer. There are vibrant flowers, happy animals, blue skies and warm sentiments.

The birthday cards perfectly reflect her motto: “Every day is a birthday when you wake up.”

That is her very first thought each dawn and yet another reason, she says, why her vision is so precious. Because when she opens her eyes and sees the morning sun, she knows she is alive.