Hospice nurse Beverly Scott just happened to be on shift when the call came in.

It was from the family of a patient who was deaf. One of the woman’s daughters usually talked with a hospice nurse while her sister, who was deaf, looked on and wished she could be more involved in her mother’s care.

But Scott is fluent in sign language, so she got on a video call with the deaf sister and showed her how to give her mother medication for the first time. As her sister watched smiling, hands held to her heart, the woman proudly signed to her mother. See, Mom, I did it! I did it, Mom. I can do this!

“She was just elated,” recalls Scott, a triage nurse at Alive Hospice in Nashville. “She didn’t want to have to call someone else over. She wanted to be able to care for her mom.”

It was a powerful example of how Alive, the Southeast’s oldest hospice provider, has used technology to care for patients and support families, particularly during the pandemic.

The organization’s Henry Hooker Alive Connect telehospice program, launched in 2017, provides tablets to all of its patients so hospice workers can see them in real time over video calls. Ninety percent of Alive’s patients are at home, many in remote areas, and the program provides immediate care without having to wait for a nurse to arrive.

Patients can talk with a triage nurse if they are experiencing symptoms or see the comforting face of a chaplain in times of distress. Caregivers can get guidance on providing care, talk with a grief counselor or have a nurse look at a new wound.

“It provides an immediate sense of relief, because you’ve got a nurse right in front of you who can see what’s going on in real time,” says Ashley Kowalski, director of clinical care at Alive Hospice.

“It doesn’t replace nurse visits – it’s in addition to,” she says. “It has been instrumental in providing feedback for caregivers so they can be empowered and know that they’re doing the right thing by their loved one.”

The program is occasionally used in unexpected ways. One day Scott answered a call in Alive’s triage center and heard a young woman crying on the other end. She was getting married and wanted her father to walk her down the aisle, but her mother was in one of the hospice’s two residences and he didn’t want to leave her. She was calling in desperation, hoping someone might be able to help. Scott thought a moment, then went to talk with her boss.

“This wedding has to happen, and the momma and daddy have to see their only daughter get married,” she told him.

The hospice sent a social worker to the wedding with a tablet and connected it with a laptop in the mother’s room, where the parents watched their daughter’s wedding together.

“They got to be there and be part of that wedding,” Scott says. “It turned out so perfect. There was not a dry eye in the place.”

The telehospice program enabled Alive to stay in touch with patients and caregivers after a tornado in March 2020 and a bombing in downtown Nashville on Christmas Day the same year, when some wireless data providers were down.

But configuring and managing the devices was challenging. Alive was using a mix of vendors for device management, which was costly and inefficient. The organization’s IT department had to spend hours manually provisioning each tablet before sending it to a patient.

Alive enlisted Mobile Mentor, which helps organizations secure and optimize devices for remote workforces. Recognizing that the hospice is a nonprofit organization, Mobile Mentor offered to do an initial assessment of its device management approach at no cost. The company then implemented “zero-touch provisioning,” which enabled Alive to remotely provision laptops for workers and devices for patients by using Microsoft Intune, Microsoft’s cloud-based service for device and application management.

Mobile Mentor, which is headquartered in New Zealand and has a location in Nashville, was recently named a Microsoft Partner of the Year for its work with Alive Hospice. To company founder Denis O’Shea, the partnership was an opportunity to help an organization that has cared for tens of thousands of patients since its inception in 1975, including family members of several of his employees.

“They were doing terrific work that was really making a difference in the community,” O’Shea says. “We had a strong emotional affinity and empathy for what they were doing.”

O’Shea launched Mobile Mentor in 2004 to help people make better use of their smartphones. As mobile devices became ubiquitous, the company broadened its focus to include tablets and laptops. When Microsoft 365 was introduced in 2017, O’Shea saw an opportunity to help organizations secure all their devices so employees could be productive on any device, anywhere and anytime.

The work with Alive Hospice, he says, has been especially rewarding.

“Every now and then we do a project for a client that has a really significant impact,” he says. “This was one of them.”

In a stroke of lucky timing, the device management work wrapped up in January 2020. When the coronavirus pandemic hit less than two months later, Alive immediately shifted to weekly video visits with patients and provided tablets to locked-down facilities where some of its patients were, allowing the hospice’s interdisciplinary team of nurses, chaplains, social workers and others to continue seeing patients remotely.

“Zero-touch provisioning has been key to our success,” says Devin Smith, Alive’s VP of information technology and security. “It was instrumental in being able to get additional devices out to our patients very quickly.”

Without the telehospice program, Kowalski says, many patients and caregivers fearful of contracting COVID-19 would likely have forgone hospice care altogether.

“Because we had this technology, we could still get into the home and provide the care that we needed to without physically being there, which was crucial,” she says.

One patient was being cared for by her daughter, who was so scared of her mother contracting COVID-19 that she wouldn’t let hospice workers enter the home. Kowalski met with the woman over video several times weekly, coaching her through giving her mother medicine and advising what to do when she had trouble breathing or became agitated.

In the absence of such support, Kowalski says, caregivers often panic and call 911. Instead, the daughter was able to keep her mother at home, as she’d vowed to do. She was so grateful, she later told Kowalski, to be able to connect with her and not go through the experience alone.

Kowalski’s informal job title is “chaos coordinator” – her team even got her a T-shirt for Christmas – and she relies heavily on Microsoft Teams to manage the mayhem. Alive Hospice uses Teams, a collaboration platform that supports compliance with HIPAA and other regulations, to pull up medical charts, share documents and send pictures and videos to inform decisions about patients’ care.

“I could not function without having Microsoft Teams,” Kowalski says. “And it’s reliable. Even in our rural areas, where we drop phone calls or our emails aren’t going through, it allows us to communicate and get patients what they need.”

The platform’s value was underscored not long ago, when the hospice got a referral for a new patient living with her husband in a rural area about an hour and a half from Nashville. Arriving at the home, an Alive nurse quickly realized the couple was in desperate straits. Both were gravely ill and malnourished. The couple had no family nearby, and the husband, confused and barely able to get out of bed, was struggling to care for his wife so they could stay together.

“There was nobody there helping them,” Kowalski says. “It was really sad.”

Using Teams, Kowalski quickly mobilized Alive’s crew to get the couple food, clothes and a bed at the hospice’s facility that night, a process that otherwise would have involved time-consuming phone calls and emails.

“If we had to rely on the other ways of communicating, there’s no way we would have gotten all of that done as quickly as we did,” Kowalski says.

Teams was recently rolled out across the organization, and Alive is now migrating its phone system to Teams and implementing other Microsoft technologies to help streamline operations and cut costs.

“We really love Mobile Mentor,” Smith says. “They understand our business, they’re innovative and they have a strategic vision. They come to us with solutions that get us where we need to go.”

For Shane Sloan, a program manager at Mobile Mentor, the work is personal. Sloan’s mother, Robin, received care from Alive Hospice before dying of ovarian cancer in 2004, at age 44. Sloan was 24 at the time and attending college out of state. He later returned to Nashville, his hometown, and began working for Mobile Mentor in 2019.

Being able to support an organization that helped his family through a devastating loss is, he says, meaningful in ways previous jobs were not.

“Their mission and what they achieve really matters,” Sloan says. “I’m able to help an organization that helped my family at a very, very vulnerable time. When you get to help someone like Alive Hospice, that’s pretty cool.” 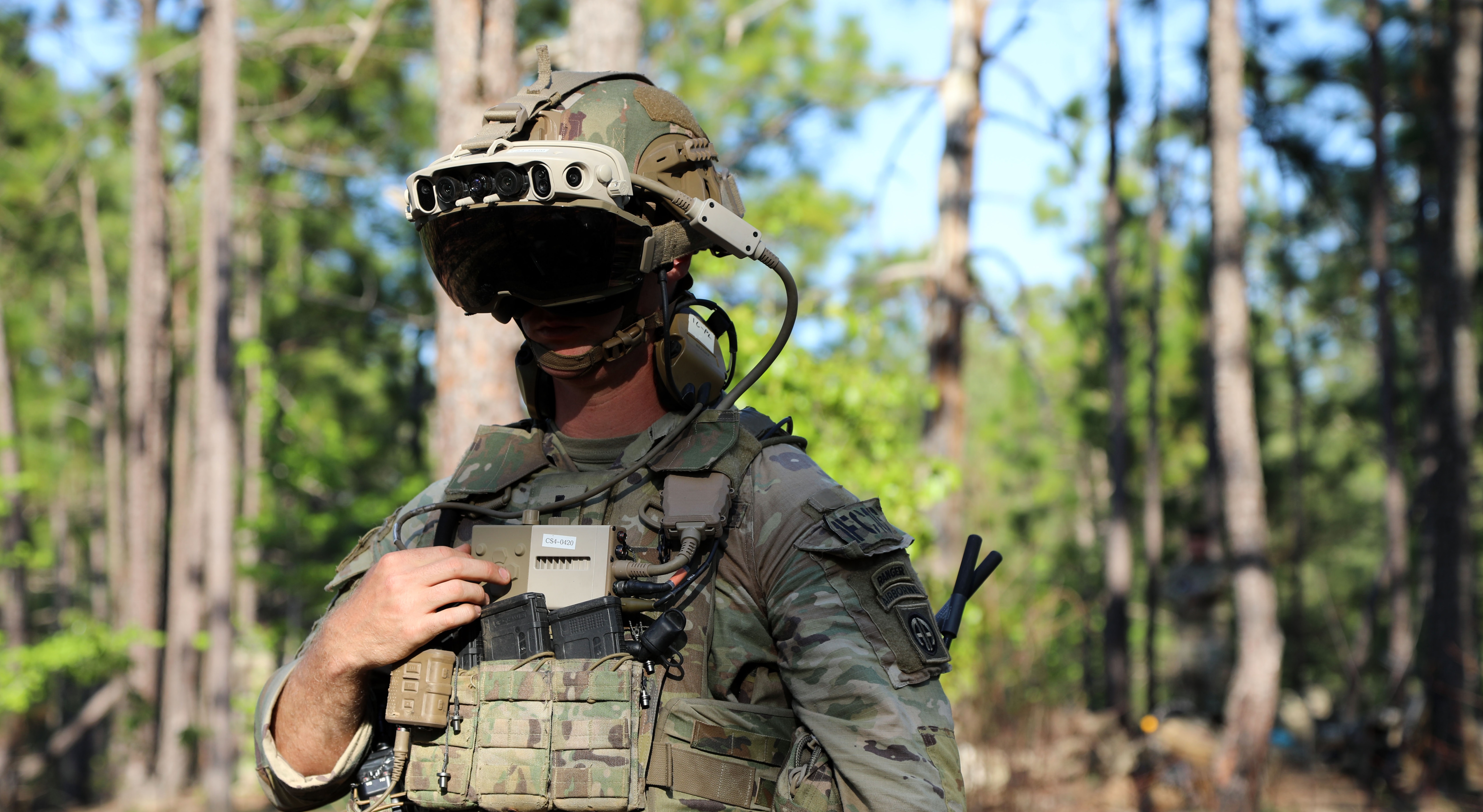