Bridging the digital divide for an inclusive skills-based economy 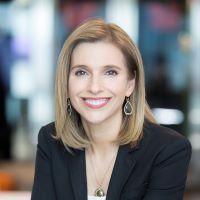 As Asia Pacific recovers from COVID-19, enhancing employability has become the focus for countries looking to rebuild their economic growth. Digital skills have become the multiplier for change, as markets recognize that cloud computing, artificial intelligence, analytics, coding are crucial for digital transformation. Technology is also helping to bridge the gap for basic skills.

We believe education is key to meeting this digital demand head on, and fortunately we’re seeing programs rolled out globally to upskill the future workforce with the knowledge they will need.

Driven initially by a move towards automation over the last decade, lockdowns and the growth of remote working have only served to speed up the transition to a new era of working, with firms advancing digitally by up to four years in the space of just a few months.

The World Economic Forum estimates 85 million jobs could be lost to automation over the next three years, but 97 million new jobs are set to emerge which will be better suited to the new world economy.

While 12 million additional jobs may sound encouraging, they will be meaningless if the workers of tomorrow do not have the right skillsets – with big implications for the global economy.

According to a study by consultancy firm Accenture, the world’s major economies stand to lose an astonishing $11.5 trillion of potential growth by 2028 if they cannot bridge that digital skills gap.

Which is why governments, companies, and communities around the world are turning to partners to help ensure they do not fall behind in the race to upskill their workforces for the future.

Bridging the gap with trusted partners

At Microsoft we’ve launched multiple digital skilling initiatives, from working with companies like Grab to bridge the digital divide for drivers and their families, to committing to skill one million people in Malaysia and 24 million Indonesians via our Microsoft Global Skilling Initiative. Already, we’ve helped train an incredible 48 million learners worldwide so far.

Edi Djau from Singapore is one of the many who was able to use the skills he learned to make the mid-career switch from retail to IT at the age of 35.

He joined Microsoft Let’s Skill Up!, a customized program developed by Microsoft as part of its involvement in the SkillsFuture Queen Bee initiative, where industry leaders guide and mentor small and medium-sized enterprises (SMEs) in identifying and acquiring the skills needed to grow their business.

As part of the course, he was given a job placement with an SME and his career has gone from strength to strength. He has since obtained three cloud certifications and is now a Microsoft Certified Azure Architect.

As well as enhancing the employability of workers and making it easier for companies to access the right talent, our work with the ASEAN Foundation is also helping to improve safety for the region’s economies with projects such as the ASEAN Cybersecurity Skilling Program (ASEAN CSP).

The regional initiative provides training to educators, non-profit trainers, government officials and young people across ASEAN so they can deliver cybersecurity knowledge and information to 30,000 people, helping them become cybersecurity literate.

The phrase ‘build back better’ is one that has been embraced by world leaders in reference to creating a post pandemic world that is not just rebuilt but improved.

We firmly believe digital skills programs offer an opportunity to not just upskill, but also to address inequalities caused by geography, disability, gender, and absence of opportunity.

A World Economic Forum study across several global markets found that only 26% of professionals in data and AI are women and only 12% of cloud computing professionals are women. To help address this, Microsoft rolled out Code Without Barriers. Our aim is to close the gender gap in the region’s cloud, artificial intelligence (AI) and digital technology sectors in partnership with 13 companies.

In just seven months, Microsoft’s APAC Enabler Program helped 110 people with disabilities in six countries get matched to digital roles. I’m so proud to see the value we’re adding to the communities around us, with programs incubated by our Microsoft teams in APAC. And their stories are inspiring.

Lecturer Tan Ping Ping from Malaysia was diagnosed with Retinitis Pigmentosa when she was just 26 but said losing her sight never stopped her from making the most of life.

“I have to constantly update my technological skills and thanks to Microsoft, I was given the chance to explore Azure,” she said. “I am not limiting myself and I will continue to utilize technology to keep sharing with the students and community.”

Our Digital Skills for Tomorrow’s Jobs program is another successful project. Delivered in conjunction between Prestasi Junior Indonesia (PJI), it provides digital skills training through the Cloudswyft online learning platform for young people in five countries – Indonesia, Malaysia, Thailand, the Philippines, and Vietnam.

More than 10,000 participants in Indonesia alone have taken part, with skills and knowledge being delivered by business professionals via learning videos.

Mutiara Rahmadayani, an accounting student from Central Java, feels the program has challenged her to learn the complexity of data dynamics.

“As I live in Brebes, an area that is quite far from the city, I take this program as a precious opportunity,” she said.

“I can hone my digital skills anytime and anywhere, while preparing myself to become an excellent young talent. Aside from that, I am grateful for technological advancement as it gives people from remote areas a chance to access as much information needed in an easier way.”

Looking to the future

It’s clear the pandemic has sped up an evolution towards digital careers which was already well underway.

As the world builds back better from the pandemic, digital skills programs we as a group can spearhead, will be vital to ensure governments and corporations have access to a workforce which is equipped for roles of today, and tomorrow.

Because when we empower communities, governments, and industry, we can do more than just recover from the pandemic – we enable an inclusive, accessible future for every person in Asia Pacific.

Equity, empowerment, and a culture of allyship in Asia Pacific
How skilling is fueling Japan’s digital transformation
Microsoft and Adecco Group’s Modis to skill 200,000 IT professionals in Japan by 2025
How digital natives are helping fuel Asia’s rise as the world’s innovation engine
Driving inclusive recovery in Asia Pacific with Cloud and AI