How are people with disabilities empowered so they are able to move ahead and realize their true potential in inclusive workplaces?

For engineer Zhiyang Shao, who has been deaf since childhood, it was having the opportunity to acquire both digital and interpersonal skills. “It meant I was able to enter society and fully participate,” he says.

Shao’s career journey took off after he took up an internship with the Microsoft Philanthropies China team and participated in its Skills for Jobs program.

He completed courses in AI fundamentals, Microsoft 365 and Power BI. He even built a chatbot during a hackathon. He also organized and ran digital training sessions for others with hearing disabilities, which helped build his confidence and develop new interpersonal skills.

This combination of soft and technical capabilities gave him an edge after he completed his internship and entered China’s competitive job market. Shao is now in an engineering role at a technology company based in Suzhou, west of Shanghai. “It meant I was able to enter society and fully participate.”

Shao is one of more than 1.6 million people across Asia who have taken part in Microsoft’s Skills for Jobs program to acquire digital and interpersonal skills that are increasingly sought after in the job market.

Shao lost his hearing as a toddler. Sign language was his first form of communication and he later began using texting and messaging on his smartphone to communicate with others. As a teen, he took on new challenges that moved his life beyond a completely deaf environment.

With his parents’ support and encouragement, he attended the Nanjing School for the Deaf and later the Beijing Union University’s Special Education College where he majored in computer science and technology.

While he was studying, Shao could see how technology was closing the gap between the hearing and hearing-impaired worlds. With that in mind, he decided to pursue a career in computer science and applied for an internship with Microsoft Philanthropies China.

“At that time, I was deeply attracted by the foundational technology and international reputation of Microsoft, and I was eager to try to get this opportunity.”

“With technology, the employment situation for people who are deaf or hard of hearing is getting better, and our communication barriers with other people are getting smaller.” The intern selection process was very competitive, and once chosen he knew a lot of hard work was to come. But it paid off. Not only did he improve his digital and interpersonal skills, but he also deepened his knowledge of Sign language.

One initiative he took part in centered on developing a machine learning solution to help improve workplace communication in coffee shops that employ workers who are deaf or hard of hearing. Shao worked on Sign-Chinese translations of commonly used phrases used by baristas and servers.

Shao involved other students who were deaf and hard of hearing from his college in the project. The experience and the Skills for Jobs program reaffirmed his belief that a combination of technology and interpersonal skills can help people with disabilities move ahead.

“People who lack high-quality training resources might not be aware of the accelerating digital transformation of the world,” he says. “They often don’t have a chance to acquire employable skills.”

“I believe these practical skills can increase our odds of success in job seeking and career development. I am both a beneficiary and a facilitator.” 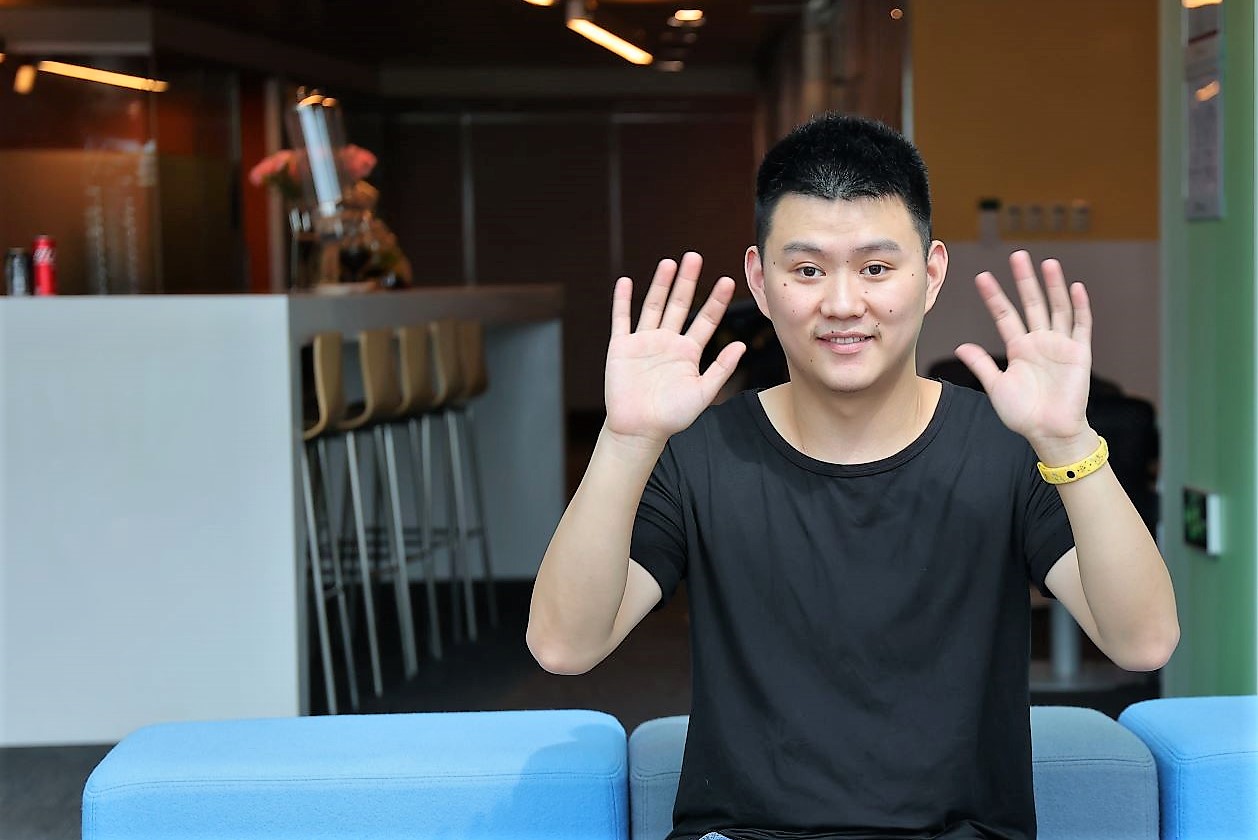 “I believe these practical skills can increase our odds of success in job seeking and career development.”

He also credits Microsoft’s inclusive corporate culture, as well as the support and encouragement of mentors and colleagues for his ongoing professional success.

“They all said that I have a strong self-learning ability and hope that I can continue to work hard,” he says.

In his new engineering role, Shao has been teaching his colleagues simple Sign language and helping them understand the difficulties and barriers faced by people who are deaf and hard of hearing.

“I think we influence each other and grow together,” Shao says. “Moreover, I believe that in getting along with me, my colleagues see more possibilities in people who are deaf or hard of hearing and our potential to achieve more.”