“That looks like a great hill for sledding!” exclaims Lucas Joppa as we meander up the Granite Creek trail near North Bend, 45 miles east of Seattle. He’s gazing up at a row of prehistoric-looking ferns dotting some slippery black rocks that blend together into a perfectly sloped hill perched above a nearby ridge.

Perfectly dangerous, too—something that Lucas also notes. There is no snow, but memories of winter’s unexpected storms still linger.

“My kids are always looking for the best sledding hills,” he says with a shrug. “Habit.” They prefer the perilous ones, too, something they likely inherited from their father.

Sure enough, just days after our hike and my visit to the Joppa home, nestled near the foot of Mt. Washington at the end of a dead-end road, I get a curious automatic reply from his email account:

I had a bit of a tumble and have found myself unable to type for a while. I will be reading emails but unable to answer at much length. Please give me a call.

When I reach Lucas the next day, he confirms that he had a skiing accident where he broke his arm and dislocated his shoulder. “You know that saying, ‘look before you leap?’” he says, his voice still full of sparkle despite being in pain. “I often forget the first part.”

His inclination for leaping is what ultimately brought Lucas to Microsoft where he is the company’s chief environmental officer and the brains behind an ambitious idea to use computers to help understand and preserve the natural world.

Off the mountain now, he stands behind the bar in the living room of his airy home, its interior cabin-like and stitched together with reclaimed wood, barn doors, and wilderness artifacts.

He peers out from under a trucker hat that reads “Believe in Mountains,” and a tattoo of a tree is tucked beneath his shirtsleeve. The tree is there to remind him to be patient and to find perspective, he explains.

“Just the idea that you can have a living organism around for thousands of years, standing in one spot, and all that has happened around it and all it has seen!”

Lucas has long been driven by two things, wonder and worry, both as they relate to the natural world. Wonder around how it works, how it’s built, and how it’s evolving. Worry around what’s becoming of this world and our impact as humans.

Though his penchant for spending hours outdoors would be what you might expect for someone with such a post, his trajectory has been a bit more unexpected. He’s leapt often and looked later.

Lucas started his studies taking an entry-level zoology course, which stoked his passion for science and wonder about the world around him. After the first class, he went straight to the admissions office and declared his major in ecology.

Now, he’s heading up Microsoft’s AI for Earth program and team, and part of their work is to try to make the importance of our everyday actions and their impact on Earth tangible. The program, now a $50 million investment for the company, grew from Lucas’ passion for the planet and an idea that captured the attention of Microsoft’s leadership—and ultimately resulted in another leap, to the company’s headquarters in Redmond.

“Nature fascinates me. Trees. What are these things?” he says, pointing outside the window. “How are we protecting them? What is our future?”

Once he found his passion as a zoology student, Lucas leapt again, applying for a rigorous PhD program.

But first, he and his wife, Jamie Joppa, newly married at the time, set off for Malawi for a two-year stint in the Peace Corps where Lucas worked at a national park and Jamie was a health-care volunteer. He returned to the United States and to North Carolina to finish his doctorate in less than three years—lightning speed by most standards.

Lucas’ doctoral advisor, Dr. Stuart Pimm, says that Lucas’ working in the field in Africa complemented his efforts in the classroom and beyond, adding that he was impressed early on by Lucas’ flexibility in different environments.

“It’s one thing to be good in the field. It’s quite another to put on a suit and tie and pound the corridors of power,” he adds.

Lucas took a job at Microsoft in the Cambridge, UK, research lab, where his world first intersected with Josh Henretig, a Microsoft employee based in Redmond, Washington, working on Microsoft’s sustainability efforts.

“He is brilliant,” says Josh, who now works as a senior leader on Lucas’ team. “He challenges conventional wisdom and brings insights into new areas.”

Josh, who has worked at Microsoft for 16 years, says he admires Lucas’ clear sense of purpose. “We all look for new perspective to help us refresh. He’s helped reinvigorate that in me. His career path and professional ambitions are something that I’m inspired by.”

Josh and Lucas also spend time outside together, hiking, biking, and skiing. “The thing that surprises me about Lucas? It’s a little comical, despite his interest in the outdoors, how prone to accidents he is.”

I mentioned the dislocated shoulder. “That, and a broken thumb, broken wrist, cracked knee, messed up face. And that’s just this year,” Josh chuckles. (Lucas assures me that the year has been atypical. He’s not usually that accident prone.)

Lucas says that he feels identical to when he was five, that ever since he can remember, he’s had a strong sense of self that’s propelled him forward. And that his mind has long been curious to know “how it all works.” The natural world, that is. And a persistent sense of wonder. And worry.

“We’ve discovered and cataloged 2 million species, a tiny drop in the bucket. Yet, we have this grand sense of accomplishment. We forget what little specs we are; that depresses me,” he says.

He thinks we can do better.

“The problem in tech is that in some ways, we’ve been too successful. People turn inward. We need to take that energy and channel it. Everyone can put energy into one thing.”

Lucas grew up in Phillips, Wisconsin, which he describes as a great place to be a kid.

To say the rural town of Phillips is quiet would be an understatement. In fact, the nearest stoplight is 30 miles away. Its sleepy Main Street is surrounded by wilderness and a handful of pocket-sized lakes.

Jamie and Lucas met when his family moved to Phillips. They were in the second grade. They played soccer together in middle school.

Jamie, over lunch, describes young Lucas as “intense.” So much so, that she’d hang out with him for a bit, only to call it off a few months later—a pattern that persisted through their days in Phillips.

“You know those guys that would string together three study halls just to get through high school? That was Lucas. He was a total slacker,” she says with a wide smile, before adding, “I think he was bored.”

Bored indoors, perhaps. But Lucas spent his days outside, exploring and having adventures, often wandering the woods for hours on end.

His family didn’t have a television. “There were two things the kids could do,” remembers his mother, Nancy Anderson. “Read and play outside.

“People thought it was an ideological decision,” she explains. “It wasn’t. Our TV broke when the kids were little. I had a choice of spending money on a new antenna to get three fuzzy channels or a bike. It was an easy choice.”

Nancy raised Lucas and his two older sisters, taking them to the pool, where she was the aquatic director, mornings before school.

“We did everything together outside: hike, bike, mountain bike, road bike, snowshoe, cross-country ski,” she remembers. “The kids were raised doing that stuff.”

Lucas remembers that his mom, who was also a triathlete, had an outsized impact on his love for the outdoors and wonder about nature.

Lucas’ sister, Kate Olson, who is a couple of years older than him, remembers her brother always being that person who said he was going to do “lots of stuff.”

“And he actually did it. He never thought possible that he couldn’t do something.”

Back on the trail, Lucas describes himself as a “gregarious loner,” someone who is curious about people but also needs a healthy dose of alone time.

To get this solitude, he often wanders these trails, and his kids know them just as well.

One of the things Lucas likes about being a father is the potential that is inherent, for the future. That and the easy sense of curiosity that comes with being young. He wants to inspire others to stay curious, to keep that sense of wonder. For his kids, now 9 and 7, he has a simple but profound wish: “I want them to be interested in something. To find something they’re passionate about . . . and do it.

As we wind deeper through the ravine, Lucas notices some old growth, pointing to a hollowed-out stump the size of a compact car that his kids often play in on the weekends. As a child in Texas, Phillip Hale’s life centered around football. The discipline, teamwork, and puzzle-solving prepared him for what he’s doing now.
Learn more 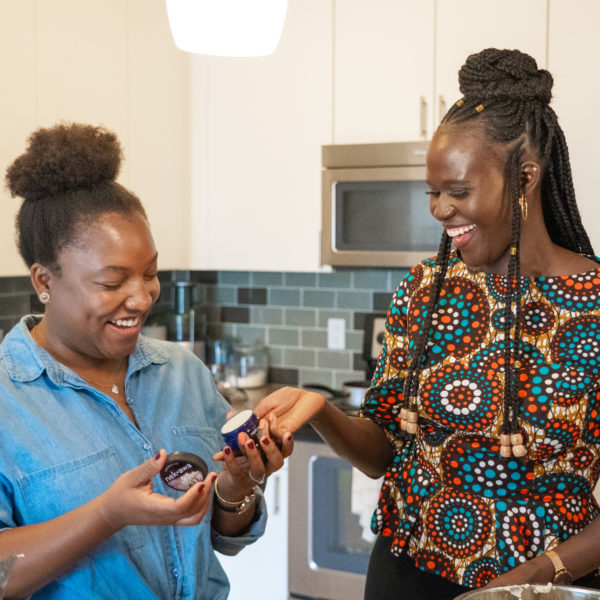 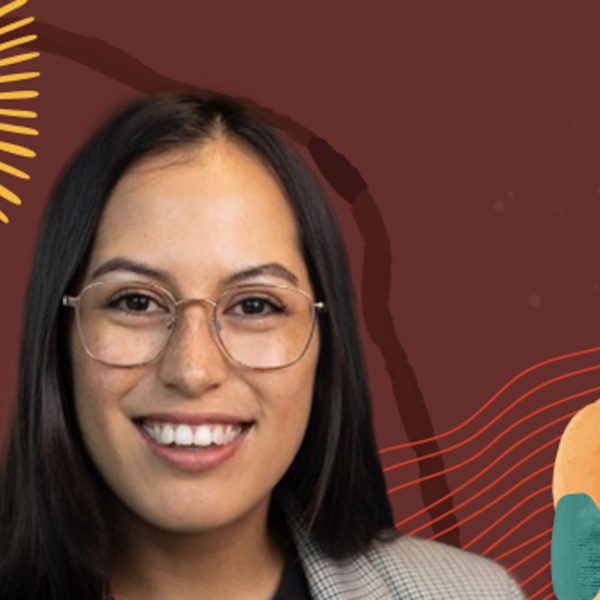